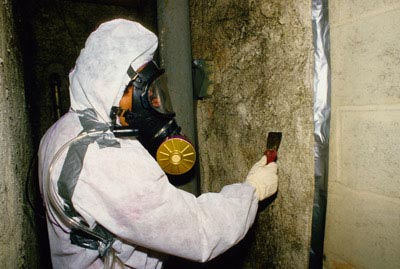 It can be a homeowner’s worst nightmare – you come home and find out that asbestos has been hidden deep between the walls of your house, probably for at least a decade. For those unfamiliar, asbestos is a particular fibre that’s small, but can be deadly. It’s durable and resistant to all sorts of extraneous factors including fire and chemical reactions. It’s prevalent in today’s society, because it was such a common building material in the 80s and 90s.

Even if your newer home wasn’t constructed with it, many of the other buildings around you may have been. The reason it’s such a four-letter word for many is that it plays a big role in mesothelioma. Mesothelioma is a deadly and rare cancer which can root itself in your heart, in your abdomen or in your lungs. Even though we’ve discussed asbestos at length in posts in the past, it bears reminding how easy a multi-point checklist can be when you’re trying to eradicate this major problem.

None of this should scare you. We live in an age where these services are easy to render and professionals are easy to find. Questions? Comments? Give us a shout. The Restumping Melbourne team would love to hear from you.